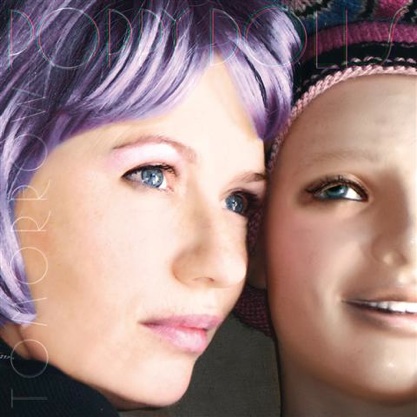 > project In the Woods

The drawback of Andy Warhol's famous "15 minutes of fame", that would await us all in the media age, is of course the inflation of "fame" itself. Almost daily we are confronted with the ultimate democratization of fame on our television screens. The consumer-viewers are interactively judging shows filled with dilettantes or supposedly upcoming talents that are being fed to them as camera candy. Consequently, the relationship between fame and craftsmanship or artistic talent has been altered significantly: the place where the trick is performed has become more important than the trick itself.

This place is media land, with its own rules that have little to do with artistic quality. For the new idols of our time easy accessibility has become a must – the journey from pop art to mass consumption of events is as logical as it is inevitable.Now that literally everyone can become an idol, due to the whimsicality of the media and the consumer, the question arises of the effect this has on our desire to imitate our idols – on the dream of becoming a star.

In the POPPY DOLLS project (the basics of pop existence: record sleeves, video clip, CD, song text) Pepe Smit investigates this desire. One could say that she gives shape to a place where that desire can still be found. A place quite contrary to media land with all its glamour. On the record sleeves the troubled pop star’s focus is introspective: the pictures do not represent the realization of an actual future, but rather the memories of the dream once so cherished. Desire has lost its innocence, a recurring theme in Pepe Smit’s work, which often focuses on the harsh, painful or perverted flipside of seeming innocence. But there is more to her work than that: it is not melancholic, but playful and provocative. POPPY DOLLS does not express the realization of an unachievable desire in an accusing manner, but rather as a desire in its own right: shiny, polished and styled, combined with an illusion of triumph – pounding strongly against the cliffs of reality, so to speak. It’s this attitude that gives Pepe Smit’s work a rebellious yet vulnerable quality again and again - like someone roaring against the storm: